Day Forty-Nine in the Corona House

(Though nobody actually has it.) 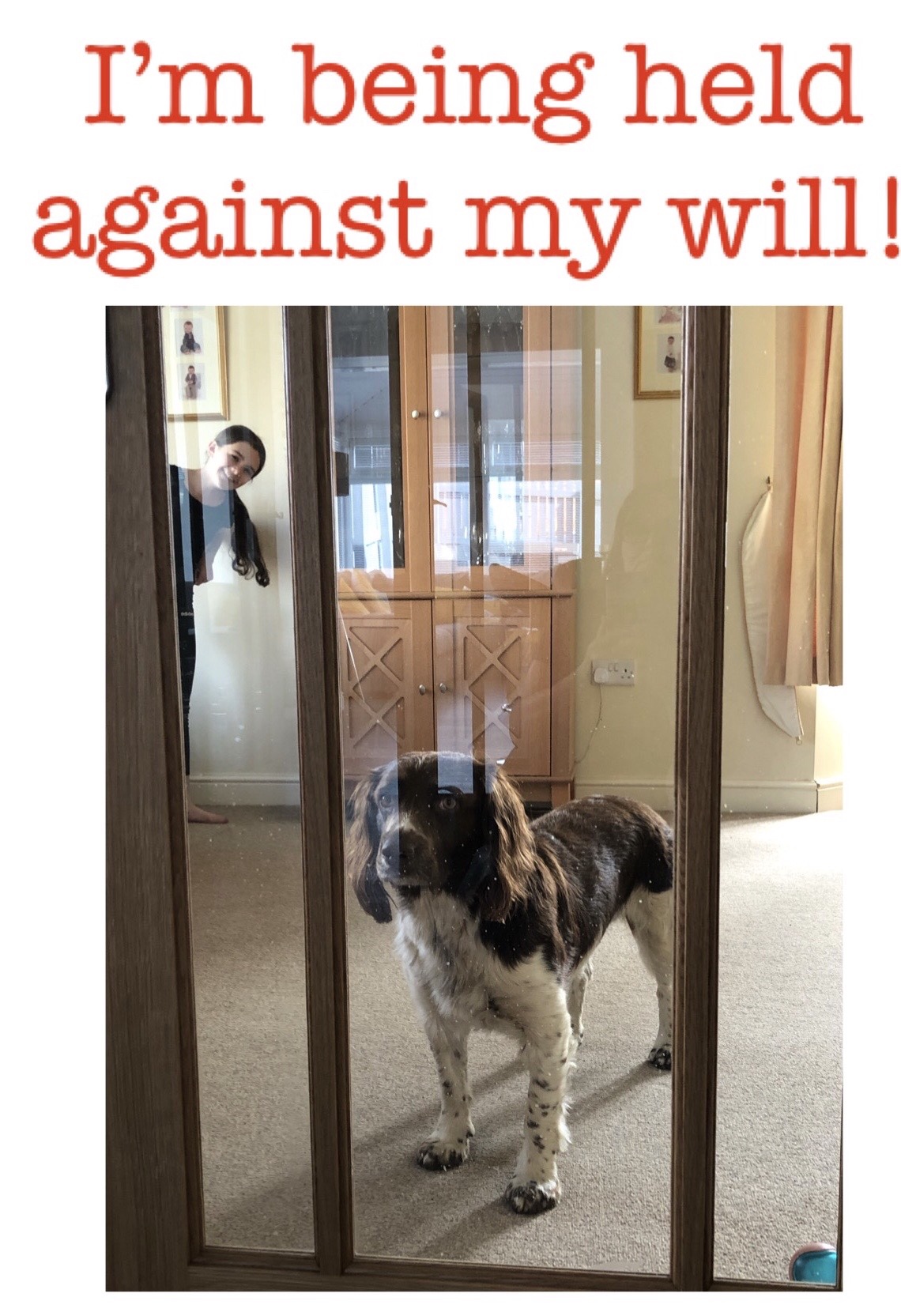 08:01 Lindsay is feeling slightly superior as Ian gets out of bed to go to work.

“This is the first time since lockdown that you’ve got up before me.”

“I was mornings last Friday.”

“And all the hangovers you’ve had since lockdown.”

10:01 Abigail announces that she’s in debt, but it’s not real because it’s on Roblox. Like how Lindsay feels about credit cards.

10:26 Lindsay wonders why she hasn’t got arms like Fatima Whitbread with the amount of sticks she’s thrown in the last six weeks.

10:34 Abigail is complaining about her phone.

“It’s like dad’s back. It just does what it wants and randomly shakes.”

10:36 Lindsay’s maths and physics were never great but she’s thinking the gravitational pull thingy must be less than the kineticy forward momentum doodah. Basically she keeps hitting Frankie with sticks.

11:02 Abigail stands in dog muck (not Frankie’s). Lindsay puts her shoe in a poo bag. Frankie looks confused. Does the little one poo shoes?

15:10 Lindsay does ‘Lessons on Wheels’. She’s sure she’s heard sighs and groans from her students as they spot her walking down the path. Lindsay wonders if that’s how she sounds when they walk into her classroom.

16:42 Frankie gets caught in the moment during Abigail’s dance lesson. He performs a perfect roll and exposes himself to lots of innocent girls on Zoom.

16:59 Ian announces he has to go into work tomorrow. Lindsay smiles. Abigail is puzzled as to why her mother likes to see her father leave the house.

“Why did you marry him then?”

17.01 Joel can be heard outside shouting at his virtual players on FIFA.

17:04 Joel’s either resigned or been sacked from FIFA. He appears downstairs, dressed like a barcode.

17:42 Lindsay is agitated because she can’t hear stupid politicians answer stupid questions because of Dom Joly in the conservatory. If only there was a remote control to mute train drivers.

17:44 Lindsay dishes up the kids’ meals in different size portions.

Mammy Bear isn’t amused and Baby Bear hasn’t even had the decency to turn up.

“Why do you always have to tell us?”

“In the vain hope it will keep you away from me for at least five minutes.”

“And the second one will involve us lodging away for two nights.

“I WANT THAT ONE!” Lindsay screams.

Read what happened yesterday on Day 48