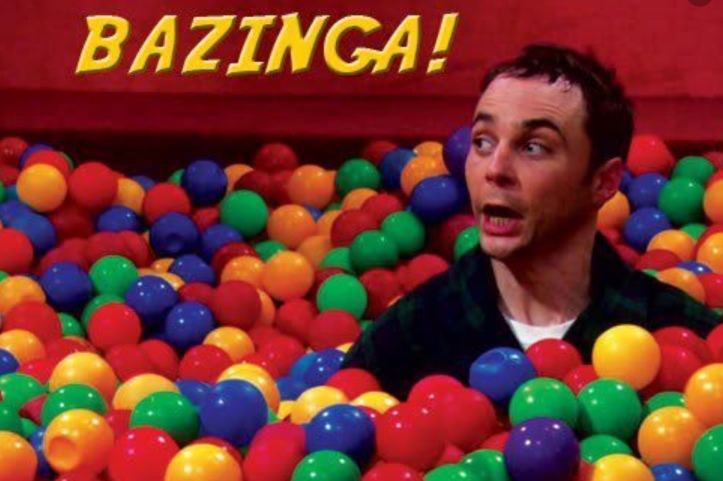 Something else which they don’t tell you about when you’re pregnant or a new parent: Soft Play.

I didn’t know these places existed before I had children. I must have wandered round in complete oblivion; it turns out an extremely peaceful and clean oblivion. Because once you know of their existence, your life changes for the worse.

1. Free time. Child free time. The idea is for your kids to go off and leave you alone for an hour. It’s invariably raining outside (why else would you be there but to avoid being stuck indoors, watching yet another episode of Thomas the Tank Engine or trying to stop yourself getting the playdough out!) so you want them to knock themselves out so it’s nap time as soon as you get home. You free them from their multi-layered, padded, fur lined waterproof coat, hat, gloves, scarf and boots with over-complicated tying mechanisms, then release them into the wild that is soft play. You quickly find a seat where you can spy on your child, relieve yourself of your bag full of supplies fit for a Sherpa, quickly grab a cuppa then sink into your spot, relishing at the prospect of maybe reading a magazine or maybe catching 5 minutes sleep. Within seconds they are back by your side. “Come play with me!” No, that’s not the idea. I’m not paying someone else so I can spend more time with you. What kind of crazy person do you think I am?!

2. Strange cravings. If they don’t want you to help them on the freakishly small slide that a mouse could tackle, they’ve suddenly become malnourished and dehydrated since breakfast, one hour ago. You still desperately yearn for the opportunity of five minutes of peace so you reluctantly trudge to the counter and buy overpriced drinks and crisps. I hate Quavers but when I used to be at a soft play centre, all I wanted was to devour them. I willed my kids to leave some in the packet which they’d abandoned on the floor. This was usually after their first tantrum because you wouldn’t let them take a packet of loose and crushable potato based snacks onto the bouncy castle to sprinkle like confetti. Within weeks of my first Quaver craving visit, I would just buy my own and eat them surreptitiously because I wasn’t sharing them with any damn person!

3. Devil children. There’s always one. The one who just walks round blatantly smacking other kids, pulling them off the slide steps, ramming the Little Tikes car into unsuspecting children’s ankles. And it’s their parent who is sitting oblivious, either gabbing to another parent or head down in a magazine (phones weren’t really a thing back then). You glare at the child with no effect. You become Dame Maggie Smith by putting on an Oscar winning performance and dramatically dashing to your child, loudly exclaiming how terrible their ordeal must have been and asking them if they’re seriously injured in the hope that the feckless parent will raise their head. They don’t because they know.

4. Poo. Your child has emptied their bowels before you came. They are definitely empty apart from consuming that half a packet of cheesy, curly crisps now abandoned on the floor. Yet, once in soft play, every child seems to have the automatic urge to defecate. On one of your cursory glances up from your magazine to check that devil child isn’t whacking your own rugrat with a Teletubby, you spot your little darling in the corner, grimacing, red as a beetroot. You roll your eyes, swear under your breath then find your 50 litre backpack with all the necessary supplies. Does your child want their nappy changed though? Cue another tantrum as you try to wrangle them off the climbing frame, their bottom in your face so you are under no illusion that they definitely need their arse cleaned up.

5. Starvation. Ten minutes later, they’re hungry again. You point to the still unfinished packet of Quavers. They can’t possibly eat them! What are you thinking? They either need a fresh packet or a Freddo, so they can dribble chocolate down their smart, pristine top. They’re not dressed for soft play. They’re in public. They’re coordinated to death as if they’re going to a wedding, while your scalp still shows signs of dry shampoo and you’re hoping your unruly hair is hiding the baby sick on your shoulder.

6. Being shamed. There’s always that one parent who follows their child round the play area, ready to take advantage of every possible learning opportunity. They arrive prepared with apple juice and raisins. Their child is in Mini Joules stripes and Boden corduroys. They engage with their child and even yours. They don’t escape for a cuppa. They don’t roll their eyes at thug toddler. They won’t sit down no matter how much you will them with telepathy because secretly they’re enjoying making you look like a shit parent!

7. Wasted time. Your offspring sit next to you, red faced and tired, but then don’t want to leave. You remind them they have five minutes left so they’d better make the most of it because it could be weeks before it rains again. They’ve had enough. They’re adamant they don’t want to go back into the area and get abused by the thug toddler. So you begin the process of packing up the supplies and locating the expedition outerwear they arrived in. Once sorted, you turn round to realise they have indeed returned and have ventured to the furthest, highest point of the climbing frame. Time is now up and the gentle, calm voice you were sure you would always use when you became a parent is faltering. Your silent death stare isn’t working. You realise there’s no other option but to go in. Cue third tantrum.

I don’t remember my last ever trip to a soft play. If I’d known it was to be my last ever foray into the jungle, madhouse, funhouse, intergalactic planet, bear inhabited cess pool, I would have spent the hour force feeding myself Quavers and punching every devil child possible to win the new Guinness world record. But it’s just a part of my life that seemingly slipped away, to be replaced by football pitches or dance halls. And they don’t sell Quavers!

Read some other blogs about the joys of parenting!

Crafting with children – don’t go there!

The Social Lives of Children