Trials and Tribulations of a Dance Mam – Part Four V1

A few weeks ago, Abigail uttered the most beautiful eight words to me. Not “I love you Mam with all my heart.” Not “Do you want me to clean my room?” Not “Joel has actually spoken some sense for once.” The words were “I don’t want to do scholarships this year.”

Roll back two years and I thought my trials and tribulations as a dance mam were over. No. One Saturday, she returned from dancing with a letter detailing the upcoming scholarships and I gave it a cursory glance. Recalling dancers who usually took part in this event, I realised there had been a mistake.

“You shouldn’t have picked this up Abigail. This letter isn’t for you.”

I tried to imagine how this could have happened. Had the teacher been presented with a chaotic throng of eager dancers and had quickly handed out the letter to anonymous, outstretched arms? Was the letter destined for another Abigail who could actually dance? Or had Abigail indeed just picked it up from the floor and was chancing that no-one would notice?

She was adamant she was meant to be a recipient of the letter so cue yet another puzzled text message to the teacher, highlighting yet again my utter ineptitude as a dance mam.

She was meant to have the letter. It would be good practice. Good practice? Good practice for who? Me at getting lost on the motorway? Me at being unable to master a tidy bun? Me at forgetting some vital piece of dance wear? Me at being generally feckless?

So I was destined to step into the unknown once more, stupidly thinking I’d finally got to grips with this dancing lark. Obviously not. There ensued the frantic booking of a hotel to give me plenty of time to get lost the evening before. Plenty of time in the morning to try and manipulate Abigail’s tendrils into an acceptable hairstyle. Plenty of time to realise something had been left behind and to repeat my dance mantra over and over again: “It’s fine. Miss Scott won’t even notice.”

So Members Day arrived. As did hundreds of other tiny dancers. I’m not quite sure what we were members of but I needed to see if there was a get out clause! It was at this point, given the size of the competition, that I decided Abigail stood no chance of getting through so I resigned myself to surviving the next hour or so, then heading back onto the motorway, home in time for tea. 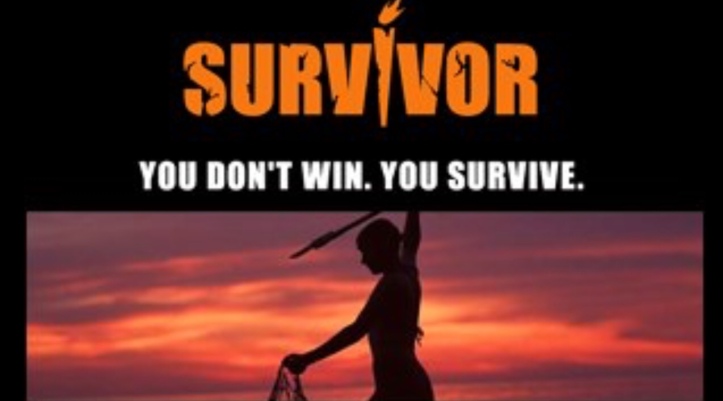 There used to be a reality show on ITV called Survivor back in 2001. One of the contestants’ challenges should have been to sit through a scholarship audition, completing a set of tasks in order to reach the final.

Task One – spot your own child. She/he is there somewhere amongst a multitude of little people wearing the same leotard. Not even her lawless flyaways or unkempt wisps stood out! And her lack of height made her untraceable. Luckily, numbers pinned to chest led me to where she was. I still couldn’t see her but at least I could talk about the two girls either side of her during the journey home and pretend I’d seen her twirl and hop or whatever it was she was doing.

Task Two – if you can survive this, should you ever find yourself in Guantanamo Bay, you’ll be absolutely fine. The challenge is to listen to the same piece of music over and over and over again. By the end of the hour, you are able to write out the notes on a piece of sheet music!

Task Three – adopt Uri Geller’s power of telepathy and will your child to smile as she approaches the front. Once they are in the danger zone (in the line of sight of the judges) use your mind to control your child’s facial muscles and watch as, like a light switch being flicked, the corners of their mouths suddenly rise upwards and fix themselves in this position until they return to the back row!

Task Four – complete the first three tasks all over again as they learn the tap routine!

Task Five – weeks later, feign happiness when your daughter excitedly announces she got through to the finals! Yey!! Another dodgy hotel! More motorway driving! More time to forget to practise any other hairstyle than a bun!

Task Six – the ultimate challenge. You’re at the finals. You need to stay awake throughout the entire day. Instead of endless flocks of sheep jumping over fences, you have eternal rows of dancers, performing the exact same routine to the same music of tasks 2 and 3. You’re knackered to start with; you couldn’t sleep because your dreams were consumed with forgotten leotards, uncontrollable hair or missed alarms. The struggle to stay awake is real once the lights are dimmed and the sleep inducing ballet music begins.

I survived. I’m not too sure about Task 6 as there were definitely moments when I felt myself nod myself awake! This task was made easier for me as Abigail was knocked out after the second round. She stomped over like some spoilt prima donna (clearly not one or she would have progressed further 😂), obviously not impressed, whilst inside I was screaming with delight that I could escape the theatre and that bloody music!

So after the initial sulk, we begun the journey back home. I waited for a while before starting a conversation and even then it could not, in no uncertain terms, be related to dancing. I wondered if discussing Brexit would lighten the mood but I didn’t think she was in the mood for nonsense or humour. I hadn’t a clue about any of the groups she listens to or YouTubers she watches so I decided to concentrate on the road. Minutes later a little voice from the back seat piped up:

“You know, I haven’t worn knickers this entire trip!”

And just like that, everything was alright in the dancing world again!

Communication is a strong point in our family! 🤦🏻‍♀️😂
True story 🤦🏻‍♀️🙄😫🤯😤
The struggle is real! 🫳🏻🫳🏻🫳🏻🫳🏻🫳🏻🫳🏻🫳🏻🫳🏻🫳🏻
I wanted to see the bluebells. I was tricked into doing a bloody wainwright as well! 🥵🤬⛰ #cumbria #wainwright #rannerdaleknotts #rannerdalebluebells